If you are entering Plitvice Lakes from the North (Zagreb direction) you are passing through Rakovica municipality and its Plitvice Valleys. This whole area is well known for its natural beauties – waters, woods and caves.

Usually tourists who are visiting Plitvice Lakes only do just that – they visit the Lakes without exploring the area around. That makes sense since there is a lot to see at Plitvice Lakes. Tours can last from 2 to 8 hours and can include boat rides, walking tours, train ride –  depending of the Lake tour program you chose – and majority of tourists are there only for a day trip or excursion.

But people who are traveling to Plitvice with a car, or have a day or two of free time, should take some of that time and spend it in beautiful Plitvice Valleys, located only a few kilometers from the world-renowned Plitvice Lakes National Park, at its northern entry point.

If you are entering Plitvice Lakes from the North (Zagreb direction) you are passing through Rakovica municipality and its Plitvice Valleys. This whole area is well known for its natural beauties – waters, woods and caves.

Promo video made by  Tourist Board of Rakovica

Out of the entire area protected under the category of ˝Significant Landscape˝ with a total area of 5.19 km2, Barać Caves are definitely the most famous attraction. These caves, after which the entire protected area was named, were first opened for visitors way back in 1892.

The caves feature various types and forms of relief, with karst relief being predominant. Under ground, there are cave structures with stalagmites and stalactites, Pleistocene fossilized remains and endemic cave fauna and archaeological finds. The entire area also includes rare and endangered habitat types and the endangered and strictly protected species that are related to them.

Historical happenings in this area are mostly connected with constant warfare concerning borders and defense from conquerors’ incursions, which is why the area hadn’t developed as a market town or a settlement, but rather as a defensive fort, especially Drežnik Grad (Drežnik Castle). 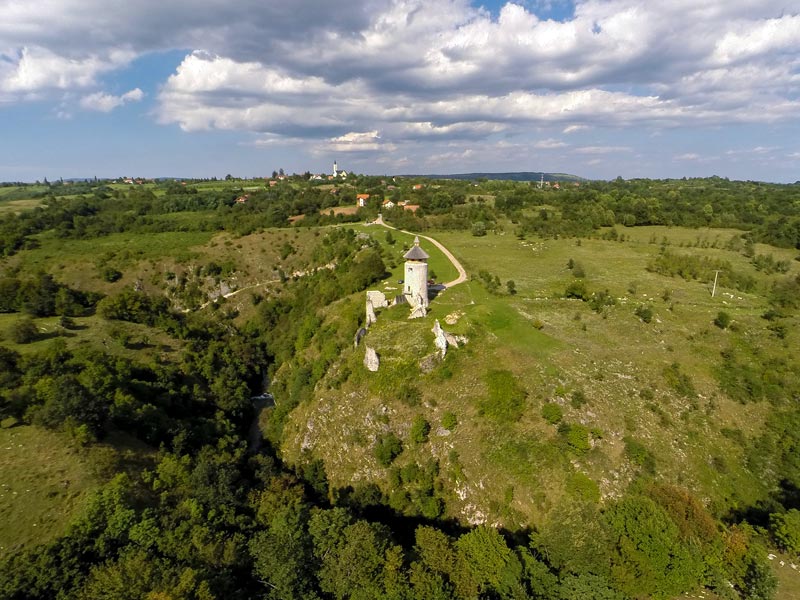 The defence tower has been renovated and from there the visitors can enjoy in the view over the canyon of the Korana river and the surrounding mountains and learn something on the history of this always dynamic border region.

There are various open-air activities in the area and the most notable are two adrenaline parks which offer activities for the whole family. Active people will enjoy biking, hiking, or even horseback riding trips to the untouched nature, while the youngest will be thrilled with feeding deer at the Deer Ranch Valley.

Besides Plitvice Lakes, not far away are stunning Rastoke – a watermill village situated where the blue-green water of river Slunjčica flows into the Korana river.

Near city of Gospić, beneath the Velebit Mountain, is village of Smiljan, famous as the birthplace of inventor Nikola Tesla which is now home to Memorial center Nikola Tesla. The permanent exhibition recounts Tesla’s biography from his childhood in Croatia to his last years in the United States. The attic houses replicas of four of his most significant inventions: the electric motor, the “Egg of Columbus,” the Tesla turbine and the Tesla transformer.