There are places and cities whose unusual beauty wins the hearts of visitors in a moment, and one of them is City of Knin. City on one of the most beautiful rivers in Europe - the River Krka.

Knin - The city excelled by the mysterious Mountain Dinara, with the highest Croatian peak.The city with the one of the most beautiful and largest medieval fortresses in Europe ruled by Croatian kings a thousand years ago.

The archaeological site of Burnum is located within the Krka National Park, above the canyon, waterfalls, and lakes of the river, in an area of exceptional beauty and natural features. The parts of Roman Burnum include the remains of the only Roman military amphitheatre in Croatia, the arcades of the command building in the military camp, and several walls of the military drilling area.

One of the largest and oldest European fortresses. A walk along the Fortress is not an ordinary one. It is walk through time accompanied by the old walls and bastions. Its building started in the9th century. Throughout the centuries, it has been conquered, destroyed and rebuild by Hungarians, Turks, Venetians, French and Austrians, as well as the Croatian medieval peers. The Fortress awaits you with its museums and galleries, the monument of the first Croatian President.

The city with the one of the most beautiful and latgest medieval fortresses in Europe ruled by croatian kings a thousand years ago.

Is an old Roman soldier camp. It is built in a 1st century.

The river Krka originates at the spring that is located under a 22 meter high waterfall called slap Krčić. Krčić means tiny Krka. 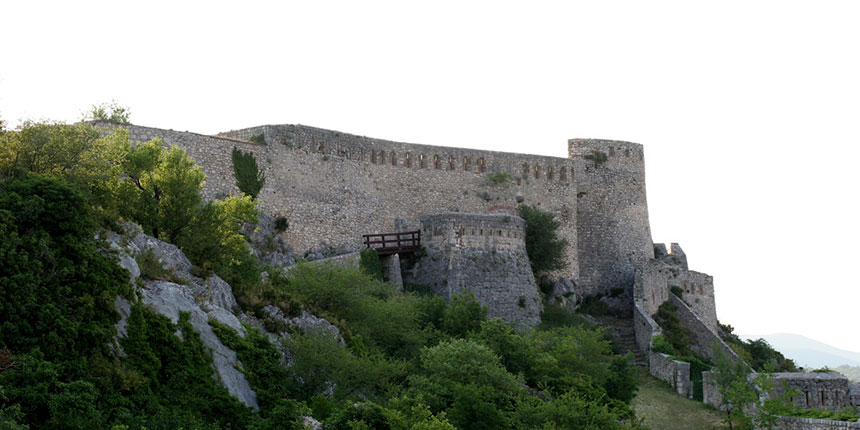