Mljet is considered to be one of the most beautiful Croatian islands and is the oldest marine protected area in the whole Mediterranean. 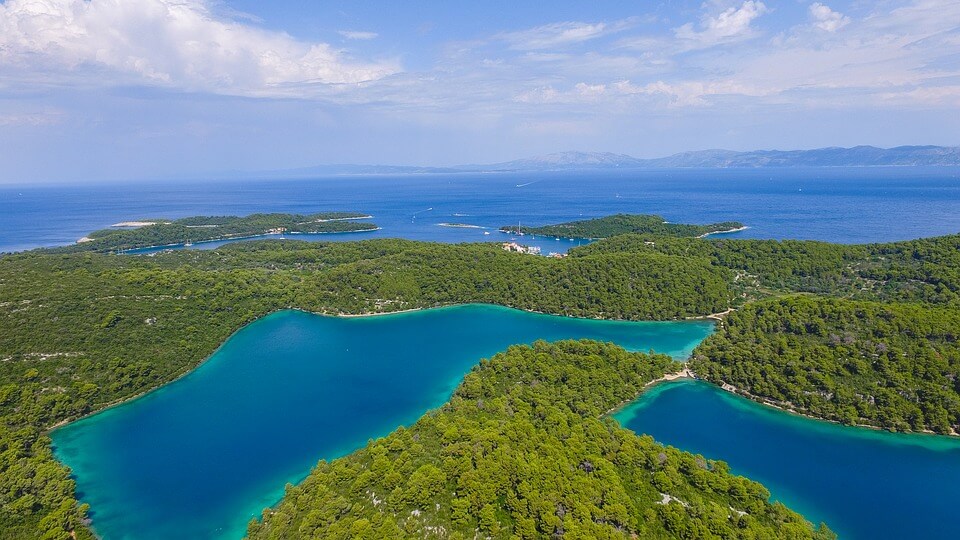 Mljet is an island that lies in the south of the Adriatic sea, located south of the Pelješac peninsula. The name Mljet comes from the Greek word melite, which translates to honey and perfectly describes this heaven on earth. The island is of volcanic origin and it is a synonym for intact nature. Mljet is considered to be one of the most beautiful Croatian islands and is the oldest marine protected area in the whole Mediterranean.

WHAT TO SEE IN MLJET

The main attraction of the Park are two seawater filled lakes known as Veliko Jezero and Malo Jezero (Great Lake and Small Lake). Not only that they add to the beauty of the scenery, they are also an important geological and oceanographical phenomenon. Apart of admiring this nature’s phenomenon, you can explore the lakes by renting a kayak or canoe, or simply go for a swim.

In the southern part of the Great Lake is located an island Saint Mary, which you can visit by boat. On the island lies a Benedictine monastery with a Church of Saint Mary, which is the most popular spot for visitors. The church was built in 12th century and changed its appearance under the influence of different styles, but the central part remained Romanesque. The monastery building is now a restaurant and it is open to visitors. 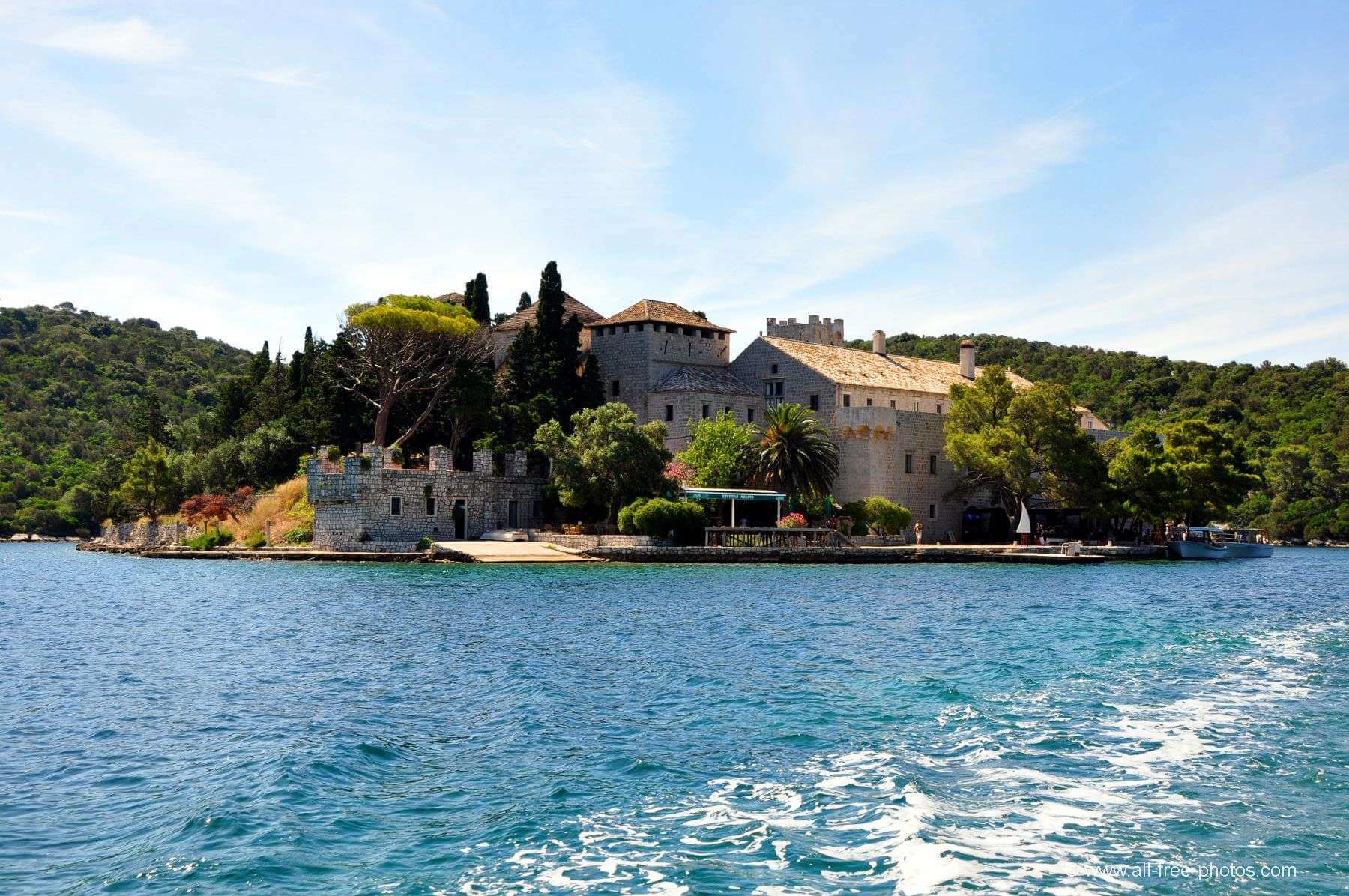 Mljet National Park stretches over 5400 hectares and makes up most of the island, including a marine area of 500 meters from the coast, Soline Bay, islands and cliffs. It is known as the “Green Island” due to the fact that almost 90% of the Island is covered in forests. Moreover, it is a home to many endemic plant species that are almost impossible to find nowadays. It is an ideal place to research or simply admire the rare Mediterranean flora and fauna that has been so well preserved.

Island Mljet has a long and very interesting history. In historical times, the whole Island was populated by Illyrians which is very well documented, followed by Greeks and Romans, who have left behind archaeological remnants, such as the harbor Polače.

Odysseus spent years on this Island with his nymph Calypso, that is what the famous legend says. Except the Greek hero, Island recalls apostle Paul, the Roman Emperor Augustus, arrival of Napoleon’s army, Venetian knights and plenty more. If you love discovering and researching historical details, Mljet is an excellent choice. For more information, we recommend to start with the Mljet National Park official website. 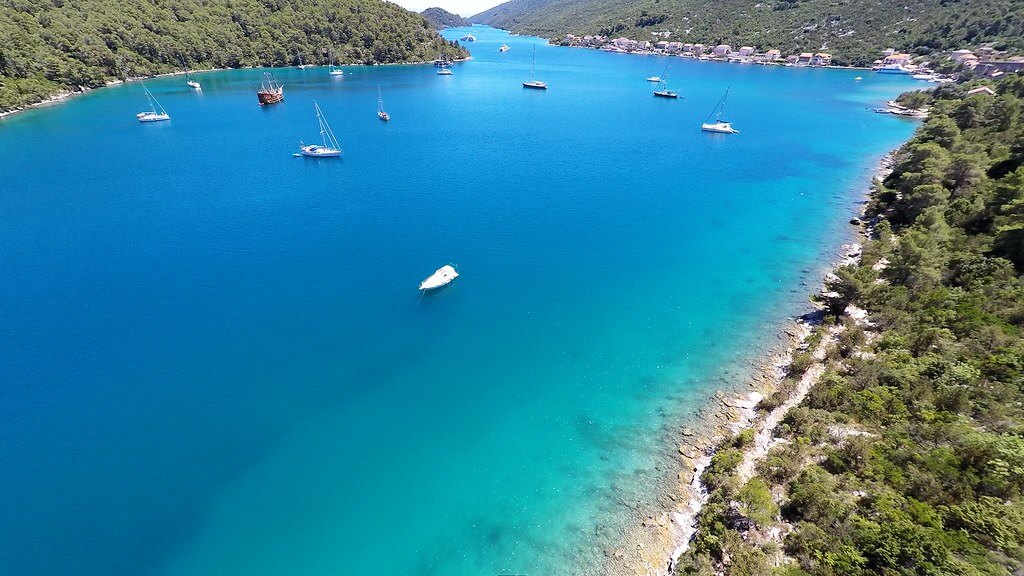 WHAT TO DO IN MLJET

The entrances to the Mljet National Park are through the villages Pomena and Polače. The Park area is surrounded by well organized and marked paths. You can either rent a bike or walk through the pine and bay woods. Kayaking, canoeing, biking, hiking, swimming or sunbathing is all allowed in the Park.

There are several restaurants on the Island that offer good quality and fresh Mediterranean cuisine. Mljet is well known for its white and red wine, which receive an aromatic flavour from the sun and the specific soil. The Island is also well known for its goat cheese and honey which in the past were even served in emperor’s courts.

HOW TO GET TO MLJET

Mljet has daily boat connections with Dubrovnik, Split, Rijeka and Pelješac. During the summer months, in the high season, there are many excursion boats headed to Pomena or Polače from Korčula, Hvar, Lastovo and many other popular spots along the coastline.

Upon the arrival on the island, the entrance to the Mljet National Park is within a walking distance. No motor vehicles are allowed in the Park itself, but you can rent a car or a motorbike to drive around the Island outside of the Park borders.