Adrenaline Rush
Pick up at your location
Transportation with an airconditioned van
Complete equipment
A jump from 56 meters!
Insurance 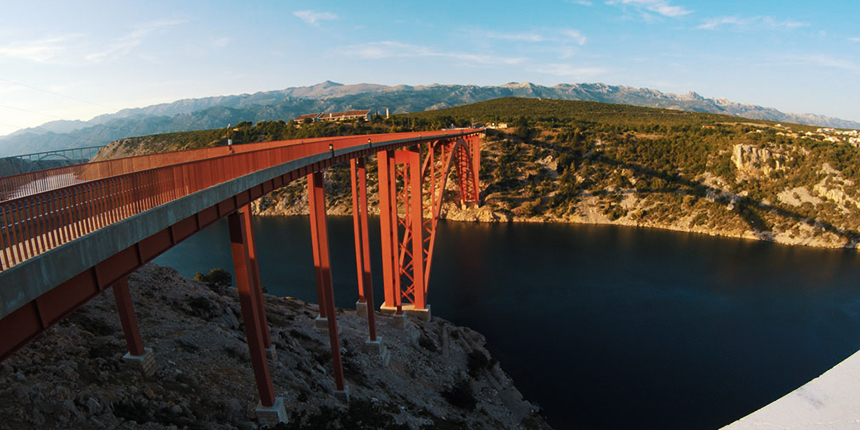 The Highest Bungee in Croatia

Bungee jump from a 56 meters high at Maslenica bridge is the highest and the most exciting bungee in Croatia.

Maslenica bridge is located just 30 km outside Zadar. We’ll make all the arrangements – we’ll pick you up at your hotel/apartment and take you to Maslenica for the jump and take you back to your acommodation. All the equipment is included.

The legend says that bungee jumping first appeared on the Pentecost Island in the South Pacific. During the Second World War the westerners came to this island for the first time and discovered this people and their custom of bungee jumping. According to this legend, one of the natives, Tamalie, was abusing his wife, so she decided to run away. She climbed a tall tree to hide, but he found her and climbed after her. While he was climbing, she tied up lianas around her ankles and in the moment Tamalie tried to catch her, she jumped from the tree. Tamalie jumped after her, hit the ground and died.

From that day, men in the village started practicing jumping with lianas so women couldn’t outwit men ever again. So they built 28-meter high tower for jumping. Before jump, every man has ritual bath and then climbs a tower. Then his wife is brought to tower where she has to listen husband’s complaints in front of whole village. After speech, man has to jump, head down, to proof his manhood. The tradition has retained until today and has become a touristic attraction. The western world hasn’t discovered this custom until 1955. from the article of Irving i Electa Johnson in National Geographic magazine.

There are no reviews yet.

Be the first to review “Bungee Jumping” Cancel reply